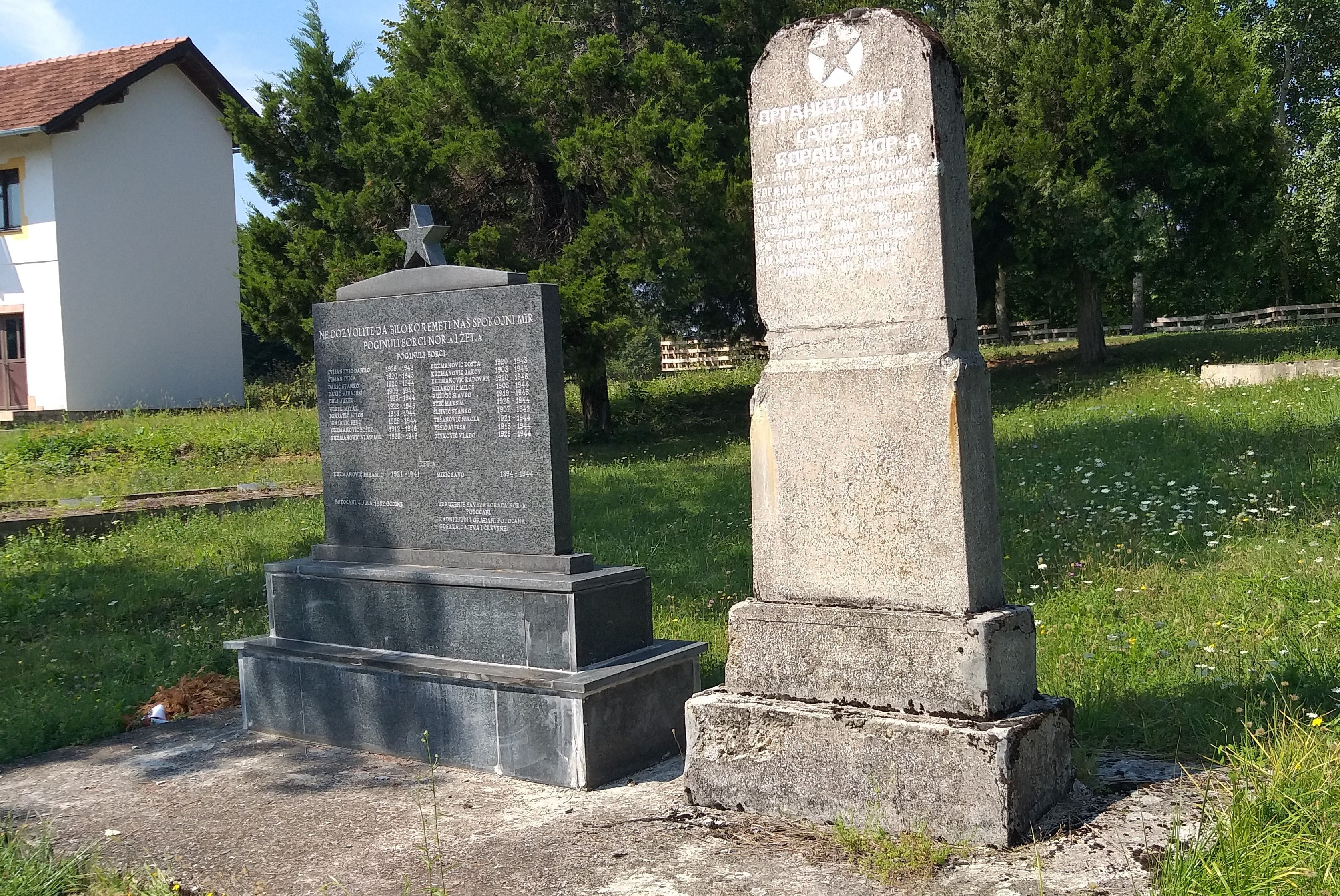 Between 1966 and 1973, the most comprehensive nationwide survey of immovable monuments to the NOB on the territory of Bosnia & Herzegovina to date was carried out under the auspices of the Republic Institute for the Protection of Monuments. However, it was not until 1981 that a summary of this survey list was published (Tihić, 1981). In total, 2,049 immovable properties were recorded on the territory of SR Bosnia & Herzegovina, with 8 being recorded in the territory of the then-Kalesija municipality in a survey conducted in June 1970, categorized as follows:

-        Graveyards for Partisans and Victims of Fascist Terror – 0

It is not possible to determine the present-day municipality upon which a monument or memorial lies (or lay) from these results. However, further background research revealed information on the following sites located on the territory of the present-day Osmaci municipality:

-        The monument to commemorate the first Allied airlift from the territory of Bosnia & Herzegovina is recorded by Patković & Plećaš (1975, p.27) as having existed on the road between Memići and Osmaci. This road is nowadays divided between Kalesija and Osmaci municipalities. However, field research undertaken by Adis Mujkić in August 2020 confirmed that the monument today lies on the territory of Osmaci municipality.

-        Patković & Plećaš also document a ‘memorial complex with burials’ existing in Osmaci (p.36), with reliefs created by Tuzla-based sculptor Dragiša Trifković in 1966. A list created by Trifković himself and held in his personal archives also affirms this. Patković & Plećaš additionally mention a memorial to Svetozar Vuković Zarko having existed in this complex. Due to later urban developments in the area, it is impossible to determine whether the four memorials in close proximity to one another (i.e. the Partisans’ cemetery, monument to Victory, grave of NH Svetozar Vuković Zarko and bust of NH Svetozar Vuković Zarko) were treated as a single memorial area by the authors.

Although the construction of memorials and monuments continued long after this period (with a wave of monuments being created in the wake of the death of Josip Broz Tito, and continuing throughout the 1980s), no further Republic-level survey of monuments was undertaken before the secession of Bosnia and Herzegovina from Yugoslavia in 1992. Furthermore, to the best of the author’s knowledge, no specialist literature or report covering monuments and memorials on the territory of the pre-1992 Kalesija or present-day Osmaci municipality was ever created.

Osmaci municipality’s Strategy for Development for 2011-2020 (Opština Osmaci, 2011) mentions that there are an ‘unknown number of monuments and memorials from the Second World War’ (p.45) on the territory of the municipality, but no further elaboration is given on these. Also, this Strategy mentions that Osmaci municipality adopted a Spatial Plan (valid for the period 2001-2015) (p.35) from which it cites extensively, although no copy could be obtained during the course of research. However, in 2013, the municipality published an approval of a “List of monuments and memorials of great importance for Osmaci municipality” (Službeni glasnik opštine Osmaci 3/13), although the list itself was not published alongside the decision on the list’s approval. Several requests were submitted to the municipality for a copy of this list by email and through the municipality’s social media accounts, but as of 28 October 2020 no reply had been received.

In October 2020, through correspondence with local historian Rajko Bošković, it was revealed that, in addition to the above-mentioned monuments, an additional monument exists in the settlement of Caparde. Bošković also provided a great deal of information about the histories of the monuments themselves that is contained in this report.

(precise coordinates can be obtained by contacting the author

Adis Mujkić (b. 1995 in Tuzla) is a resident of Lukavac. Adis has been mapping and photographing monuments to the People’s Liberation War for spomenicinob.info since September 2018, and has so far worked on municipalities throughout Tuzla Canton, and co-authored the reports on Kladanj and Lukavac municipalities. He is a student at the University of Tuzla’s Faculty of Mining, Geology and Civil Engineering, and currently works in the logistics sector.

Adis Mujkić (b. 1995 in Tuzla) is a resident of Lukavac. Adis has been mapping and photographing monuments to the People’s Liberation War for spomenicinob.info since September 2018, and has so far worked on municipalities throughout Tuzla Canton, and co-authored the reports on Kladanj and Lukavac municipalities. He is a student at the University of Tuzla’s Faculty of Mining, Geology and Civil Engineering, and currently works in the logistics sector.